A good friend of mine always says, "You can hold two truths at once." She said this about the day I wanted dessert for dinner but also to eat healthy. She said it when I loved my degree but hated a class in it. She said it when I was mourning someone but relieved their pain was over and she said it after someone I knew did something terrible.

"You can hold two truths at once, Mia. Someone can be beautiful in your life and terrible in another's."

In a locker room early last year, I sat with a group of women I barely knew and we shared stories of the best cat calls we'd ever received.

"So I was 15 and at Werribee Station with my mum. I'd just moved schools so I was feeling pretty great in my new uniform when this dude, who couldn't have been older than I was, shouted 'You're hot!' across the bus terminal at me. I obviously put my head down and ignored it but my mum was there and she's not the ignoring type so suddenly, she's shouting 'That's my daughter you're talking to!' and being in a real huff about it. That's when this kid, who you'd expect would back away now that a grown up's involved, walks up, looks my mum in the eye and says, 'Well mam, your daughter is very hot.' I've never seen my mum more gobsmacked; it was hilarious."

You can hold two truths at once. A catcall can be both funny and morally wrong; this one because the kid was so young that he was relatively harmless to me. He seemed unaware of his perpetuation of harm and probably, like many young boys, thought he was giving me a compliment.

"My boyfriend was playing at a club in the CBD and it was about 3am. The place was pretty much empty, I'd been working on the door for 3 hours and I really needed to pee. So I went to the bathroom, there were about 6 men in there, all of them much taller and tougher than me and all of them pretty fucked up. As luck would have it, none of them even noticed as I went into the cubicle but of course, fear had killed the need to pee entirely so I just sat in there for a second, flushed and walked out to wash my hands. You've done that before right? Suddenly been scared out of peeing but don't want people to think you don't flush, so you flush and wash your hands anyway? Well anyway, something elapsed between those men in the time I was in the cubicle. They were all staring at me as I opened the door and I was almost out of there when one burst out with 'Well HELLO Beautiful'. Creepiest fucking way to start a conversation, I have to say. Anyway, I knew the manager so he let me hide out in the green room for a while."

You can hold two truths at once. You can be a loud and proud feminist and hide in the green room. You can decide to speak sometimes and not others. You can be proud and scared, loud and quiet. You can take time if you need. You deserve time.

"I first thought it was a one night stand gone wrong so I forgave him. When I learnt more, my heart slowly changed. It took time–too much time if I'm honest–and eventually, I realised I had to walk away. There were survivors that deserved my solidarity, and that meant distance from the person that caused them harm. They deserved my time and my heart and it hurt me to walk away, but I had to anyway.”

You can hold two truths at once. Someone can be beautiful in your life and terrible in another's.

If we have any hope at getting better together, we have to hold two truths in our hands. We have to trust survivors even when we hold good memories of those that hurt them. My friend always says that one of the most harmful aspects of r*pe culture is our inability to separate impact from intent. Someone can be kind to you and hurt others: they don’t have to be evil to have done evil things.

And until we realise that–until we hold two truths in our hands–we can’t move forward because we can’t acknowledge that r*pe culture actually lives in us. It makes us question survivors when perpetrators are our friends. It makes us hide when we want to speak. It makes us wrangle with reality before we begin to change it.

It’s been a big week. I’ve found it hard to juggle the truths of it but when it all gets too hard, I remember Ollivander’s line in the Philosopher’s Stone. I’m trying to hold two truths with Harry Potter too; none better summarised by this very quote:

“I think we must expect great things from you, Mr Potter … After all, He Who Must Not Be Named did great things – terrible, yes, but great.”
-J.K Rowling

If this piece raises any issues for you, help is available.

Find other crisis support services in your country here.

Mia Boonen
Mia Boonen is a writer, theatre maker, educator and performer currently studying at the Victorian College of the Arts. A founder of The Penny Mint, she engages the power of the matriarch in her work.
More from Mia Boonen. 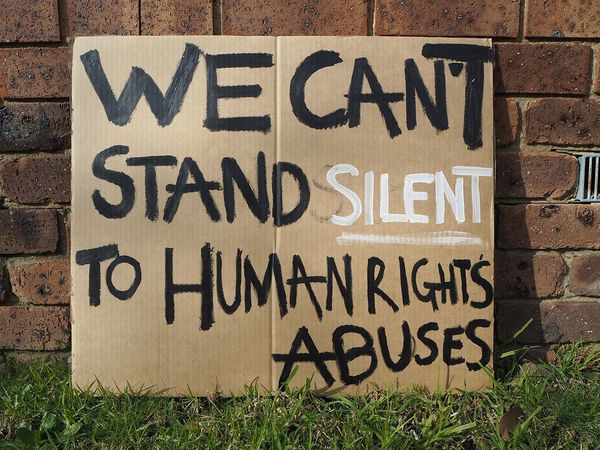 Articles
Tidbit: The contradictions of Australia’s 'fast track' policy
Whilst the name conjures up images of quick processing times and swift decisions, the policy is anything but. One paper went as far as to rename the ‘fast track’ process as “lethal hopelessness”.
3 min read
this is my hand
Oh my sweetest deity / You make me want things / I want to be a good person / A whole person
man, young, finds himself on holiday
at the borrowdale inn • in search of munros • ocean eyes