Our life is dominated by conversations.

There are the small interactions. The simple pleasantries we enjoy from day to day. There are the heated, less enjoyable discussions that we have with our friends and family, whether it be about politics or who should have put the bins out. But then there are the significant conversations that drive our entire lives. These discussions have to do with how we think as a community. I believe it is the manner in which we are having these conversations that’s preventing real change in our society.

I am of the opinion that the way we approach conversations needs to change. Instead of waiting for the other person to stop talking so that we may speak, listen to what they are saying. Instead of approaching a discussion with the end-goal of being right and having everyone agree with you, approach it with the mindset of collaboration. The idea that whatever point of view we have can always be contributed to with new opinions.

I was having a rather passionate debate with my parents at the kitchen table. On the surface, it was the stereotypical dispute, Gen X vs. Gen Z. The one where the older generation believe that young people can’t handle failure and the young people feel that the generation before has failed them. Both sides are completely valid. It is true that Gen Z have the disadvantage of constant stimulation, where we expect everything straight away and in bright, fluorescent colour. Similarly to how Gen X were less progressive with their ideals and didn’t exactly improve the issue of climate change.

But isn’t this argument pointless? Isn’t this the same discussion of “well, back in my day...” that has been repeated over and over again? Nothing good can come from it, there is no happy ending. How about instead of having the identical discussion generations have had before us, we change the conversation. Gen Z are having a difficult time coping with failure? Let’s discuss ways that can be changed. How can we open up new pathways to help people struggling with life’s inevitable issues. "Gen X isn’t doing enough, we are going to have to clean up their mess”. Well, this is just a dead-end conversation. It goes nowhere. Instead, we need to open it up. What can we bring to the table apart from negativity? Holding a school strike for climate change may give you a voice, but it’s what you do with that platform that counts. It’s not enough to say ‘climate change is bad and should not happen.’ We know that already. What can we contribute?

It’s these ‘dead-ends’ of conversations that block any new ideas from breaking through. It is why we find ourselves having the same discussions again and again, with no concrete progress. We are so willing to accept problems as unsolvable when in actuality, we as a community have the power to make real and progressive change. 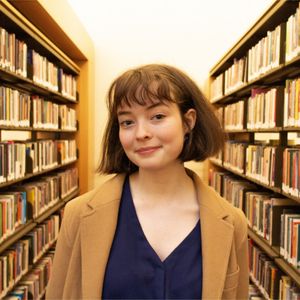 Ella Crowley
Ella Crowley is a performer, director, writer and an all-round arts-loving person! A co-founder of The Penny Mint, Ella likes to write half-poems in her notes app and make short films.
More from Ella Crowley.

Articles
Anecdotes
"You can hold two truths at once, Mia. Someone can be beautiful in your life and terrible in another's."
3 min read
'Woman' by Man
A landscape, untainted by thoughts that have ever felt wholeness. I hear you begging a song from whittled lips on quiet Thursdays. I’ll name you Eve.
I'm (Dis)interested in Apathy
One response to disillusionment is anger. The second response is apathy, and that leaves us undeniably poorer.