It’s interesting to think about the left and right wing politics that have encapsulated my lifetime in a non-stop battle between everyone who wants the world to be a better place and everyone who’s afraid of change. The latter generally being people who are confused by the concept of equality assuming that if others get more rights then the world would become worse for them.

This misconception comes generally from propaganda pedaled by conservative governments who managed to convince the 99% that when they say that they’re afraid of their wealth being touched that their concern extends to us. In the event that trickle down economics are actually important to society they would be correct, however, wealth hoarding is what continuously destroys the standard of living for billions every day.

A fear of equality is pretty much synonymous with a fear of the left, given that the left wing was generally defined as social equality and the right wing was for social hierarchy. While the major political parties of most western countries fall in these extremes, it’s no reason to subscribe to the idea that politics is red and blue, or blue and red. Hell, our major right wing party in Australia named themselves the Liberals.

Left and right just doesn’t accurately described the politics that the whole world is arguing about. Instead I think you’ll find better words to use coming up to the next US and AU elections are Progressive and Conservative.

While I will make points such as:

While I absolutely will never stop fighting the social battle for equality, nor will I forget about it the next time it comes to a vote, I think for the reason a majority of voters vote how they do it’s important to emphasise that they shouldn’t care if a major political party more closely represents their place on a moral compass, if that party is also incapable of caring for them.

The left and right should both understand that a conservative government watched Australia burn and they would do it again.

My heart goes out to all those affected by the current fires and sincere thanks to all of those who are generously donating to the cause showing the power we really can have in numbers when those with political power are acting outside of public interest with taxpayer money. 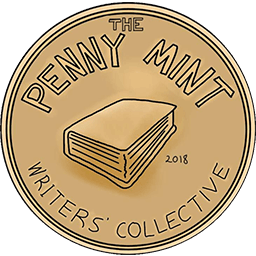 Articles
Anecdotes
"You can hold two truths at once, Mia. Someone can be beautiful in your life and terrible in another's."
3 min read
On Leaders in Crisis.
A car radio plays nearby, feeding through evacuation information and the phone numbers of relief services. A few feet away, my boyfriend watches a press conference by Daniel Andrews, who tells us that, as of 9:30am, 28 people are missing.
prequel of dystopia
cold night, light rain, empty streets, thick smoke.