It would be remiss to summarise this discussion as the organisers of the Williamstown Literary Festival had promoted – a politician and a historian 'locking horns' over how we tell the story of Australia's colonial history. What Tim Watts lacked in attack, however, he made up for in passion for Dr Clare Wright's work, resulting in a lively discussion about the women too often disregarded in our history.

Released in October 2018, You Daughters of Freedom is the second book in Wright's democracy trilogy. The first, The Forgotten Rebels of Eureka, won both the Stella Prize and the Waverley Library Award for Literature in 2014, and was shortlisted for the Prime Minister's Literary Awards. Leaving the goldfields of Ballarat behind, You Daughters tells the story of five Australian women – Vida Goldstein, Nellie Martel, Dora Montefiore, Muriel Matters and Dora Meeson Coates – who took their successful fight for universal suffrage back to Britain. But while their influence in British history is made clear, Wright argues they deserve a bigger presence in Australian history.

The Franchise Act 1902 granted universal suffrage to white Australian women, granting them the right to vote in, and stand for, federal elections. Any year 12 Australian History student will tell you that a federated Australia was built on the aim of being a 'working man's paradise'. For Wright, Australia after 1902 was also slated to become a "thinking woman's paradise" – at least for white women. But the impact of the Australian suffragette movement is often overlooked, she says, by World War I.

At this stage of proceedings, I am now a convert. Rather than a Q&A-esque battle to see who could convince the audience the loudest, it was refreshing to see Wright and Watts – himself having co-authored a political book, Two Futures: Australia at a Critical Moment, with fellow Labor MP Claire O'Neil – engage with an exclusionary history by acknowledging both the successes and the failures of the past. Why did our successful suffragettes choose to fight in the UK when Aboriginal women and other women of colour in Australia were disenfranchised by the Act, Watts asks. The early 20th century suffragettes saw themselves as "part of a colonial family", Wright replies. "They did not see Indigenous women as their sisters."

There was, despite this, a sense of optimism you couldn't help but take from this conversation. For Wright the historian, our understanding of Australia's past can only grow if we delve into the archives and find the otherwise forgotten narratives. For Watts the parliamentarian, this comes with a warning: Hansard is continuously recording. "Historians will hold you accountable."

Find out more about You Daughters of Freedom by Clare Wright here.
Disclosure: Jake Stevens received tickets to this event with compliments of the Williamstown Literary Festival.

Jake Stevens
Jake Stevens is a writer, broadcaster and voiceover artist. A co-founder of The Penny Mint, his work is often themed around mental health, youth identity, politics, inequity and urbanism.
More from Jake Stevens. 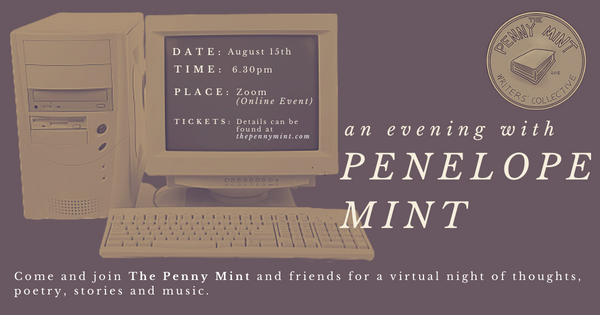 Events
Stay In, Speak Out on Instagram Live
We're back for one final hour of spoken word, poetry and open mic conversation LIVE on Instagram this Saturday June 13.
1 min read
2 Love Letters – Childhood and Adulthood
One letter to childhood. Another to adulthood. Where we are, where we're going.
Walking at Dusk: My Inner Monologue
I have an inner monologue that is constantly running, like the voiceover in some off-beat Australian dramedy. Walking down the street is like the first sequence of ‘Offspring’.