It was a seasonal weathery afternoon at Dickington Manor. Miss Harriot Crumbley had been invited to attend her friend Sir Theodore Dickington’s monthly tea and scones viewing, when an unexpected visitor had come along: death. And he’d brought a fresh plate of murder with him.

Sir Dickington had been found by Miss Crumbley and the other guests lying dead in the pool, with a knife to the back, a bullet wound to the head, and no shoes. An extensive mystery novel reader, Miss Crumbley had taken it upon herself to call all the guests, employees, and wives into the ground level interrogation room to discuss the grim matter.

Miss Crumbley looked around the room at the suspects: Lord Effingshiere, the count of the district and Sir Dickington’s longest and closest neighbour; Ms. Mulch, the sly, shy and wry gardener for the estate; Mrs. Cockpea, the wife, lover and associate of the dead host; Mr. Wipegood, the window cleaner and occasional floor polisher for the property; Mr. Brightley, the fireman; and Chuffles, the dog.

“As you all know, the esteemed Sir Dickington’s time on this earth as a person that’s not dead has been tragically cut short,” Miss Crumbley announced. “Everybody in this room has a motive for killing Mr. Dickington. But which of you has the guilty motive?”

“This is utterly preposterous!” Lord Effingshiere puffed his smoking pipe angrily. “Why don’t we call the police?”

“Oh right, it’s a Saturday. Still, I see no reason why I should sit here and be accused like some kind of homeless person loitering outside a kipper pie store. I’ve known Dickington since we were children and I’ve never even once murdered him before.”

“He hadn’t done anything to anger you recently?”

“Well, I mean he lied to me, stole from me, kidnapped me, refused to give me the Heimlich when I was choking, and crippled my son; but he was just in a grumpy mood that afternoon.”

“Lord Effingshiere, you mentioned to me over our game of backgammonminton this morning that you’re trained in shooting? Specialising in the feet area?”

“Well…well, yes that’s true, but I’m only trained to shoot men who are in their fifties!”

“Sir Dickington was a man in his fifties.”

“No further questions to you, Lord Effingshiere. Let’s move onto you, Mr. Wipegood. Where were you the time of the murder? And may I remind you that you’re under oath?”

“Aye, miss, I was in the billiards room.”

“How dare you snack in the pantry room!” yelled Mrs. Cockpea. “That’s what the snacking room is for!”

“Oh please, why would I kill my own husband? That makes less sense than a poor person wearing a monocle, for money’s sake.”

“Well perhaps he was having some kind of secret sexual affair involving intercourse and nudity, if I may put it bluntly,” Crumbley suggested.

“Hey, even if that’s true, you can’t prove it was with someone in this room!” Ms. Mulch yelled.

“Look, we only had intercourse every afternoon, OK?!” Mulch interrupted. “And every night. Oh, and morning. We had an affair.”

Everyone stared at Ms. Mulch.

“Ah, feels good to get that out of the system. So, hey, what are we thinking for the theme of the funeral?”

“You bitch!” Mrs. Cockpea screamed, and threw a vase at Miss Crumbley. “How dare you make her reveal she had an affair!”

“Look, I think we should all just calm down,” Mr. Brightley spoke up.

“OK, well I need to go anyway, there’s a fire downtown I really need to attend to.”

“No, nobody is leaving this room until we uncover the identity of the murderer or we get hungry or both!”

“Did you listen to me, Mr. Brightley? Or are you as deaf as much as you are a potential murderer?”

“It’s just that I was only here to get the dog out of the tree. I never even met Mr. Dickinson.”

“Dickington! You story is full of holes, Mr. Brightley. And how do you explain this photograph of you two together?”

“Well, that’s just a photo of me fetching Dickington’s body from the pool like you asked me to.”

“Ah, so you have met him…interesting. OK, well I think I’ve heard enough. Ladies and gentlemen, I believe I know who committed the murder of the late Sir Theodore Dickington. And we’ll find out right after this break.”

Everyone went to freshen up and get some coffee and then returned.

“OK, we’re back. Now, Lord Effingshiere, I believe you are not the killer because we were having an exquisite game of charade croquet when we heard Sir Dickington’s scream.”

“Wait, if you already knew that then why did you even call him in he—”

“Enough, Mr. Brightley! I will get to you! Right now in fact. It pains me to say it, but I believe you are innocent as well, as you only arrived at the scene after Sir Dickington’s death.”

“Thank you, Mrs. Cockpea. Whom, by the way, I know cannot possibly be the killer, as in this county it is illegal for a wife to murder her husband.”

Everyone made impressed noises, except Mr. Brightley, who sighed heavily.

“And as for you, Ms. Mulch…you clearly like admitting things, a quirk I noted when you revealed you’d been having an affair with Sir Dickington. Which means if you are the murderer, then you would have told us.”

“Now, Mr. Wipegood, you said you were in the pantry room snacking at the time of the murder, yes?”

“Well then you can’t have done it. This leaves only one person left. Or should I say…one animal left. The murderer was…Chuffles the dog!”

Everybody gasped and several of the guests fainted as Miss Crumbley pointed at the canine, which was furiously licking his genitals.

The manor’s security guard burst in and grabbed Chuffles.

“Thanks very much Miss Crumbley, this is the seventeenth murder mystery you’ve solved in the manor this month.”

“Oh, I’m just happy to lend a hand! Or should I say, a helpinghand!”

Everybody laughed, except Mr. Brightley and Chuffles.

“Well I best be off! I’m late for the opening of the new opera gallery! See you all at the funeral!”

“Goodbye, Miss Crumbley!” Lord Effingshiere cried. “Thank you for everything!”

Mr. Brightly shook his head and took a sip of his coffee. As he did so, he took a closer look at the photograph of him fetching the body from the pool, and his eyes widened. He hadn’t noticed it earlier, but the photograph had managed to capture a reflection in the water.

A reflection of Miss Crumbley burying a bloody knife, a gun, and two shoes.

Mr. Brightley dropped the mug and it shattered.

“Oh, what the fuck?” yelled Mr. Wipegood. “I just polished that mug!”

Mr Brightley rushed out of the manor but it was too late. Miss Crumbley had sped off in a sports car, cackling evilly. Then she lost control and smashed into a tree. 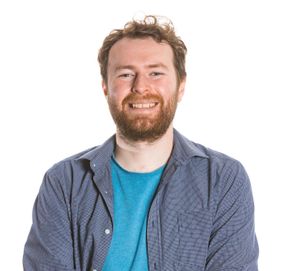 Murphy McLachlan
Murphy McLachlan is a humourist, podcaster and trivia host. He enjoys producing and sharing comedy in a variety of ways, including short stories, cartoons, and multiple other online projects.
More from Murphy McLachlan. 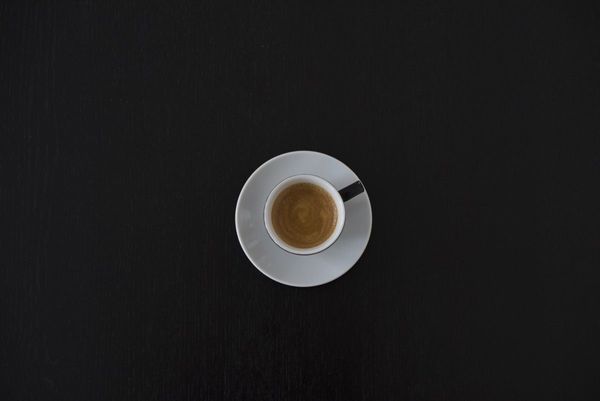 Fiction
Coffee Ring
I’ve made lots of mistakes. But there aren’t always drink coasters to place over them, so I have to live with them. Like misspelling a word, in front of everyone.
2 min read
Darkness discloses – what?
Darkness discloses – what? Reams and reams of nothing, which cannot be quantified.
Tuscany
I gaze at the azure sky of some Tuscan cathedral – dissolving in the colossus of what has been