After a long, anxiety-inducing summer spent isolated with my parents in our family home on the burning NSW South Coast, it seems I learned some lessons about dread and impending doom that have come in handy.

On Christmas Eve I found myself hobbling along the iron roof of my parents’ house to fill their gutters with water, under an ever-dimming brown sky. It was in this moment that I felt for a few seconds a sense of panic boil over. I had an important task to do, and the reality of the situation in front of me overwhelmed any big emotional response from presenting itself, but I remember thinking at the time that although I had been extremely anxious before, that in a situation such as that, I was able to step away from my fear. We were extremely lucky this bushfire season to be mere kilometres away from the fire front and yet survive with all our property, possessions and friends and family.

The feeling of dread, however, persisted long after our close calls. The risk of bushfires leaping out of control and charging across regions in a matter of hours was real and for many hazy days my family and I remained under the fug of uncertainty and risk. It is a similar feeling to one I am experiencing now; the invisibly enemy hovering over towns and cities, the gambling with danger every time you leave your house, the gravitational pull of somehow always talking about the crisis at hand. These are lessons millions of Australians have learned before in their own ways, living on one of the wildest continents on earth, and I believe they can be drawn upon in moments like this to park our lasses-faire and wheel out our get-her-done.

There was then, as there is now, a big reliance on authorities and the media to regularly communicate about the shape of the beast. But when telecommunications went down for thousands of stranded tourists, and the phone apps weren’t keeping up, then a lot of us re-learned the lesson humans have been teaching for millennia. Knocking on doors, putting on kettles, calling friends and family, preparing meals, sharing chores, reminiscing, talking to the garden. These are for me the symbols of our community. They exist both internally and externally in the rural town where I grew up.

Clearing out dry undergrowth and being mindful of water usage is good for the house, but it’s good for the street as well. Calling your neighbours means that news and trust is shared, and that if it’s bad news, the burden of it is leavened. The maintenance of banal rituals in our own homes meant that the uncertainty of what might be coming was offset by the certainty of regular meals, clean linen and a schedule; no matter how relaxed it might be. It reminds me of the commitment to a rich equivalence of life that prisoners of war in the earlier days of Changi prison recounted after their release: theatre productions, crops of vegetable gardens, arrangements of furniture, embroidered stories on quilts made from scraps. Many Australians perished and others carried the trauma of that experience through their entire lives, but the thought doesn’t escape me that for a lot of those prisoners, routine and community became their saviours.

Mental health still has an awkward spot in the lives of many rural and regional Australian communities. I believe that focussed efforts on normalising therapy and pushing awareness for drug-related and domestic violence have helped enormously but still there is a bear-your-teeth attitude for a lot of these Australians. Controversially, however, I don’t always think this is a bad thing. I think the attachment that our weather-weary cousins have to the notion of keep smiling has got us through a lot. It goes back to the matter at hand, to where I found the panic brimming on the roof of my childhood home. Keeping things level, and balanced, meant keeping things safe; and the power of humour to shatter the darkest of moments was incredible. My father was hell-bent on insisting my filling of the gutters was only a drill, but as ash began raining from the sky, I turned around to face him and asked if he was sure about that. Then we both burst into laughter.

This was always a part of life for our friends and family. There is a real sense of pride at being able to step back and laugh through a really dreadful situation. It has, in my belief, quantifiable power that can keep you sane. And while I am saddened and terrified everyday by what this pandemic means for our global community, I am also grateful to have the spirit of my much smaller community and the many lessons we learned from the fires. Where we kept a level-head, and left food on the shelves for one another. Where we laughed through the unreal quality of doom. And where we learned that strengthening our community and breaking up the days meant we could pace our grief and anger and still be grateful for the things that mattered most. 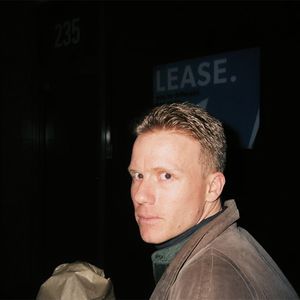 Will Hall
I am currently a second year acting student at the VCA and sit on the University of Melbourne Student Union Southbank Committee
More from Will Hall.

Memoir
A Collection of Things I Have Already Said About This
"Kick up a fuss." November 14, 2019
2 min read

Memoir
This One's For Bill.
There is nothing like the bond that lives between kids and old people, and while I'm sure Bill would actively contest the idea that he ever reached "old age", the sentiment remains true. I couldn't put a name to it, but something special happens whenever memory and imagination meet.
3 min read
Sick? Lit. (or: How I Learned to Stop Worrying and Love the Tragedy)
To be as honest as I can, all I wanted was to find a character who I saw myself in on some strange, chronic illness level and I’ve still yet to do so.
Homebody
"Solace" sounds better than "solitude", I think, and "rhythm" sounds better than "rut".